An analysis of the form of cities and urban settlements

The SmartCode is a model transect-based planning and zoning document based on environmental analysis. It addresses all scales of planning, from the region to the community to the block and building.

The template is intended for local calibration to your town or neighborhood. As a form-based code, the SmartCode keeps settlements compact and rural lands open, literally reforming the sprawling patterns of separated-use zoning. The SmartCode is distributed by the nonprofit Center for Applied Transect Studies CATSwhich promotes understanding of the built environment as part of the natural environment, through the planning methodology of the rural-to-urban transect.

The open-source SmartCode is the most complete transect-based model code to date. CATS offers numerous other transect-based tools, including supplementary Modules designed to plug into assembled codes as needed.

The free downloads and other resources that were previously available on this website have been transferred to the CATS site. Here are some direct links:A Glossary of Ideas. Accessibility Design 2. Accessibility design is urban design that takes into account the full spectrum of other-abled (including elderly, disabled, and handicapped) individuals by creating a user-friendly urban and domestic environment.

This book provides students with understanding both the changing urban form and the power of cities in societies, from early settlements to world urbanization. The objective of the statistical analysis within SCATTER has been to quantitatively identify and measure urban sprawl in the case cities.

Several challenges arise from the use of remote sensing in the analysis of urban sprawl. Batty M., Longley P. 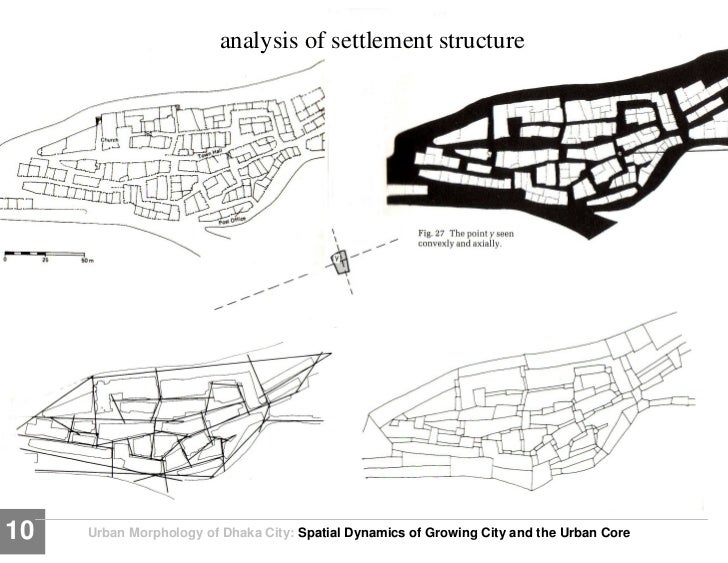 () The Structure and Form of Urban Settlements. In: Rashed T., Jürgens C.

(eds. the number of people who live in urban settlements expressed as a percentage of the total population. Rate of urbanisation the pace at which urbanisation takes place. Part 1 - Baseline analysis: urban form and infrastructure in the UK 1.